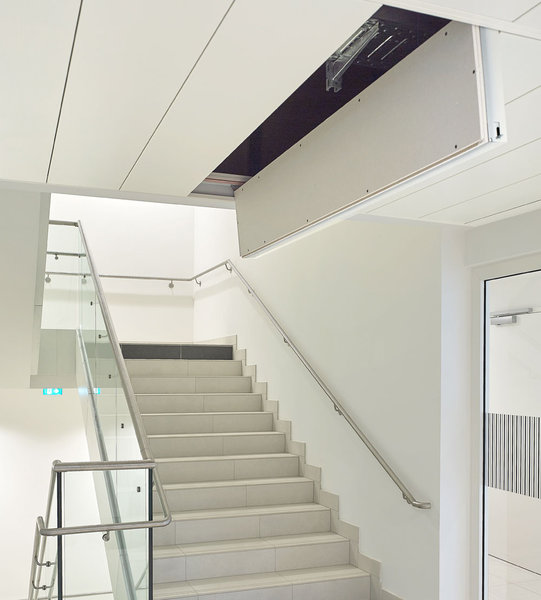 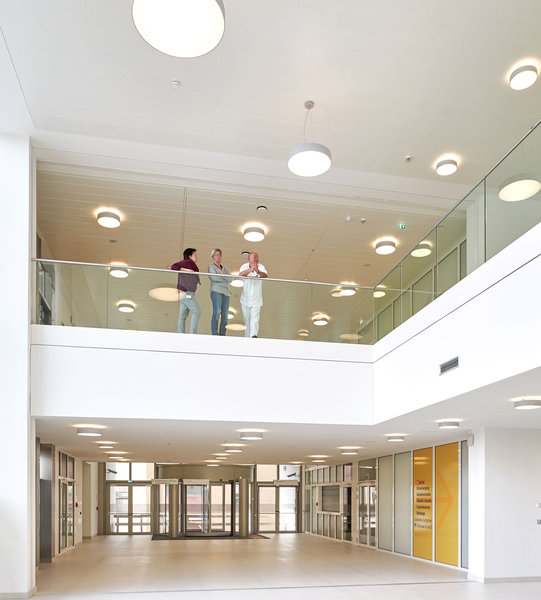 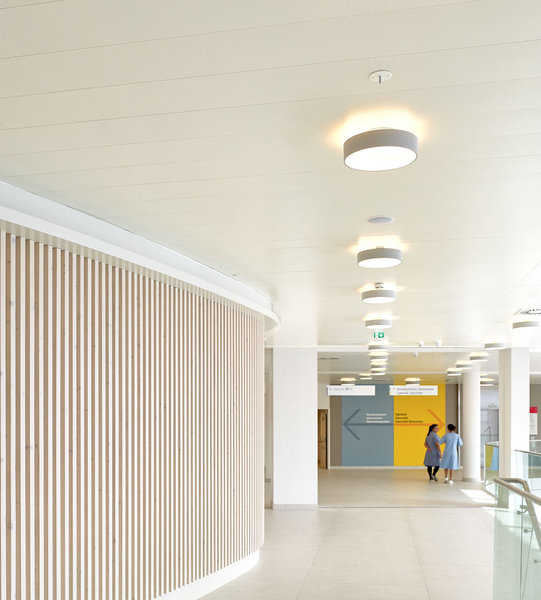 The planners in the general planning working group wanted the newly constructed Neunkirchen Provincial Hospital to be regarded as a holistically planned project. The aim was to embed the building harmoniously in its surroundings.

A key factor in the design of the ceilings was the hospital's fire protection concept. In critical areas, such as the main escape routes and the central assembly points, a total of 1,300 m² of EI 30 fire protection ceiling was installed. Wall connections were mostly established with A.FR.50 cornice connections with a width of 30 cm. Furthermore, depending on requirements, SWING ceilings as well as clip-in and lay-in tiles were installed in the rooms and passageways. In total, more than 15,000 m² of FURAL metal ceiling - mostly Micro-Perforation Rg 0,7 - 4 %- was installed in the new building.