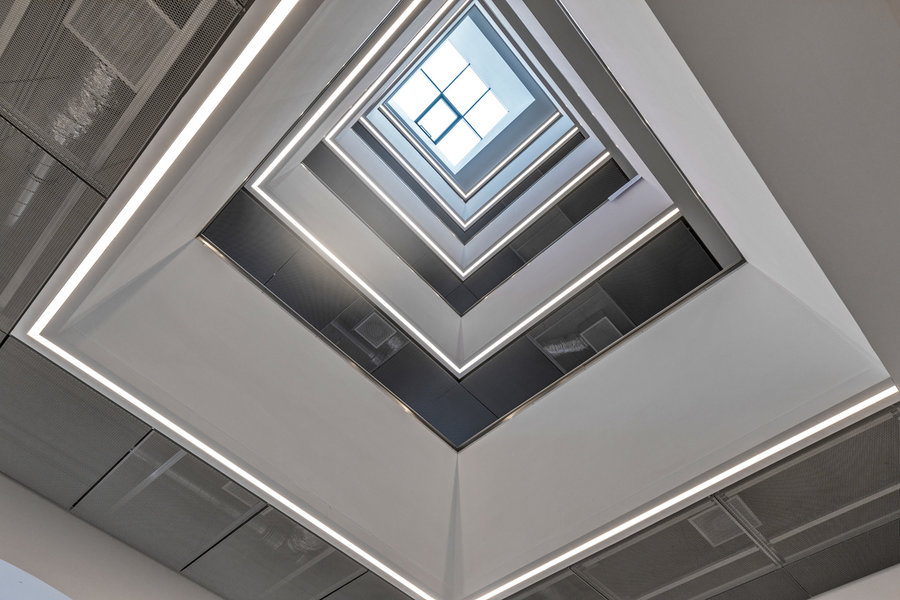 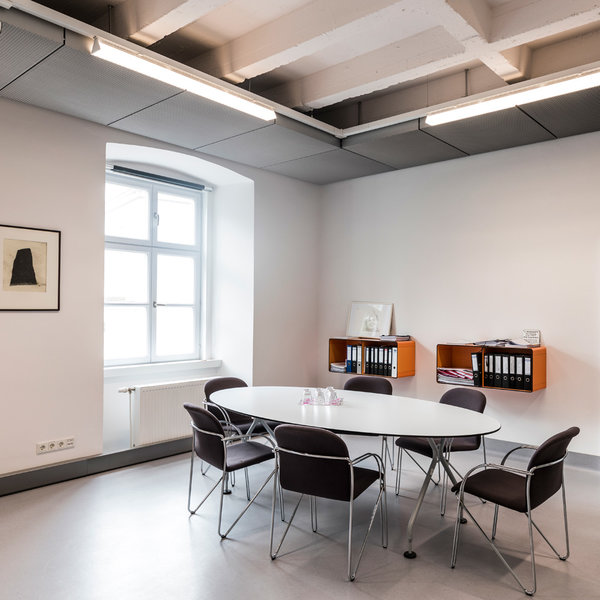 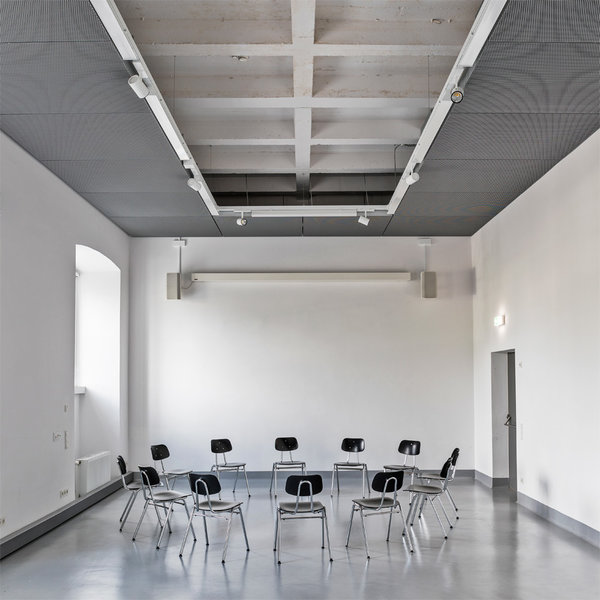 The bridgehead buildings at the Nibelungen Bridge in Linz have housed the city’s University of Art & Design since 1947. Work on renovating and extending the two buildings began in 2015, in line with the plans from architect Adolf Krischanitz. A widely visible sign of change is the “transcendence elevator” that arose from an art project by artist Karin Sandler. The elevator has been extended with an illuminated glass lift construction that reaches out above the storeys of the building and conveys visitors out over the roof line.

When it came to ceiling design in the interior spaces, the aim was to keep the ribbed structure of the existing ceiling visible. However, the room acoustics of the building had to be adapted to meets the operational demands of a modern university. The solution was an expanded metal ceiling attached all-round at the wall areas.

The ceiling has been designed with a FURAL KLH-Z 2.2.1.2 expanded metal hang-in system with a substructure comprising grid angles and Z-shaped mounting rails. A mesh measuring 30x12x2.5x1.5 mm was selected, coated with matt Parzifal stove enamelling in RAL 9006. In order to achieve the required acoustic improvement, the expanded metal tiles have also been fitted with acoustic fleece.