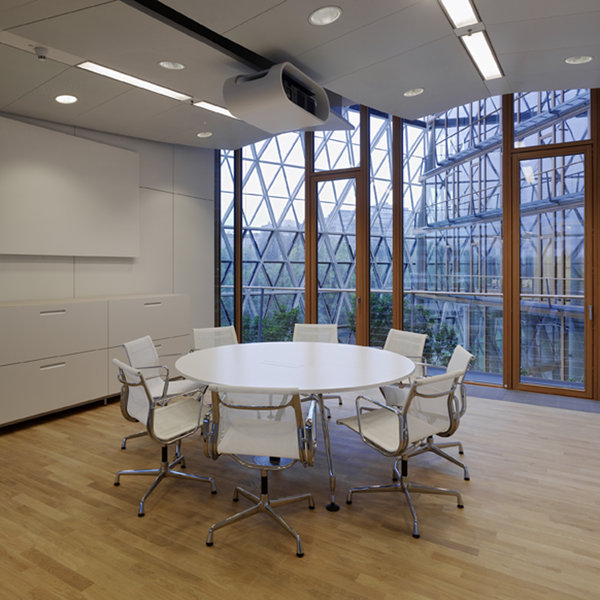 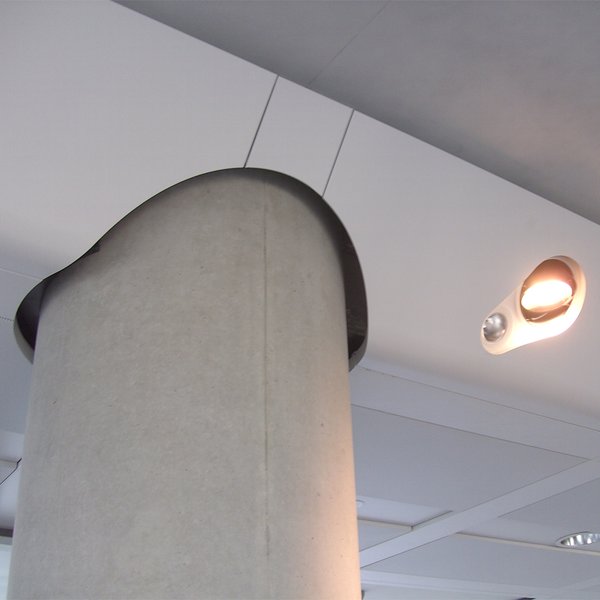 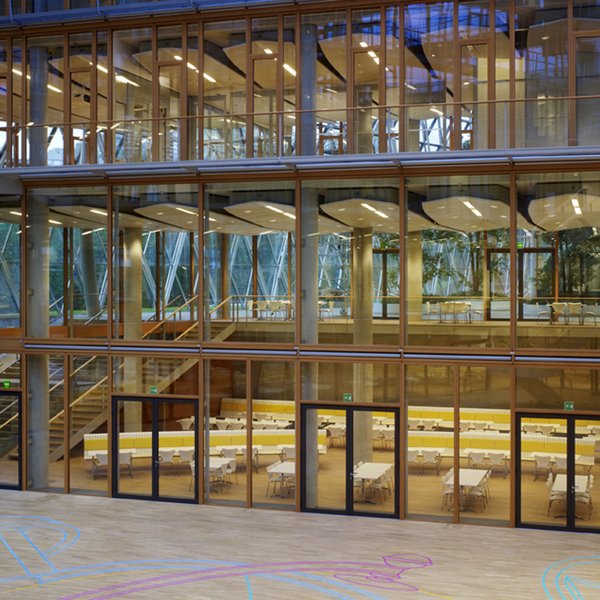 With the expansion of the European Investment Bank in Luxembourg, Ingenhoven Architects have created a spectacular new building, which also opens up new possibilities with its climate concept. From the perspective of interior outfitting, it employs large cooling floating ceilings, whose arrangement also contributes to flexible room usage. Furthermore, the diversity of the forms of the metal elements here achieves a complexity practically unheard of to date.

In total, 12,000 m² of metal ceiling were supplied with around 1900 different elements in various quantities. A large proportion of these were incorporated into long, three-dimensional floating ceilings spanning the whole width of the building. The ceilings were equipped with copper meanders for air-conditioning of the spectacular building. The ingenious climate concept resulted in the design from Ingenhoven Architects receiving an "outstanding" rating during the course of BREEAM certification (Building Research Establishment Environmental Assessment Method).