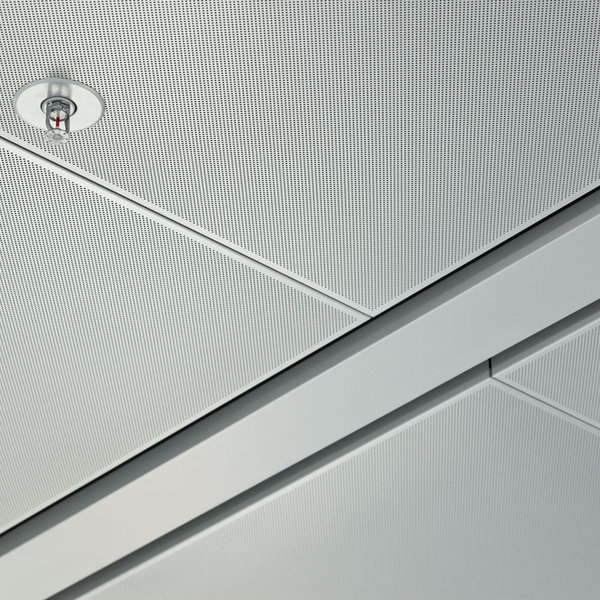 At a height of 46 metres, the arched bridge structures in Berlin central station are higher than the nearby Federal Chancellery. The so-called "Bügelbauten" accommodate the offices of the railway administration. In order to ensure a controlled climate in the glazed building, a metal ceiling was installed as a cooling ceiling. The trapezoidal ground plan of the building yielded a large number of non-rectangular tiles, many of which are individual pieces. The result was a ceiling system comprising 1000 different tile elements, a large number of cut-outs and many oblique angled tiles.

The ceiling was implemented visually as a strip grid ceiling with shadow joints. The 1821 perforation with integrated acoustic fleece provides an optimum reduction in the echo time in the reverberant body of the building. The imitation strip grids can be removed so, in the event of a change of use, the partitioning walls can be extended up to the raw ceiling. This further increases flexibility in the service phase.

Print dataset as pdf
back to overview